skip to main | skip to sidebar

"There Is No God. This negation must be understood solely to affect a creative Deity. The hypothesis of a pervading Spirit co-eternal with the universe remains unshaken."
— Percy Bysshe Shelley, Queen Mab, Canto VII, Note 13


I just saw this quote today and I'm struck by how it contemplates the concept of an "oversoul", similar to C.G. Jung and John Steinbeck (among hundreds more intellectuals, poets and scholars).  Did Shelley come upon this revelation on his own, or was he influenced?  This seems to prefigure the Human Potential Movement and the whole New Age Movement itself, and even points to the rather recent idea in science and spirituality that the universe itself is intelligent.

Recently a controversy erupted when an online petition was posted urging the World Fantasy Convention to change the current award, a bust of Howard Phillips Lovecraft by cartoonist Gahan Wilson (the "Howard") to a bust of Octavia Butler.  I met Octavia Butler back in the 90's at the Foolscap convention in Seattle. I was totally unfamiliar with her work; but since she was guest of honor I introduced myself (as did Rosemary Jones and Kris Walberg) and we had a lovely and long conversation with her mostly about the Clarion West Workshop, which Octavia was of the opinion would benefit mostly young writers who are tabula rasa.  "If you have a body of work already," she opined "it may not be for you."  She impressed me as a lovely, kind, supportive writer of other writers and a genuinely approachable and friendly person.  Later I learned of her ouvre and how well regarded she was in the speculative, SF field and have never forgotten that encounter.  Later I happened to glimpse her in the downtown Seattle post office, and because she seemed busy and intent on her errand, I did not approach.

Fast forward to the petition.  My experience with Lovecraft was life changing.  I like many, saw those lurid covers on the Signet reprints of Lovecraft's work and had to find out what that was all about. This was in Iowa, back in the late 60's, early 70's when something that looked like THAT was unique and unbelievably counter to the cultural grain; however, I grew up in a very strange place--I need to write about that someday.  I submit that I was the ONLY 9th grader in the state of Iowa reading about Rosicrucianism and Wilbur Whateley.  Confession: I didn't read the Dunwich Horror at that time, I'd watched the movie, which enflamed my adolescent imagination with its highly weird juxtaposition of hillbillies, ritual magic and strange creatures from another dimension (and Sandra Dee's very, very sheer shroud)), and I devoured all things Lovecraft.

When the controversy erupted, I immediately assumed it was angry women of color complaining about honoring a dead white guy, which I suppose in all honesty, points to an implicit failing embedded in my own character.  I'd heard the "racist" appellation lobbed at HPL before, and I'd always considered it a reference to the "degenerate" tribesmen in such stories as The Call of Cthulhu. Then I wondered if maybe he'd written something in his voluminous collection of letters that might have been more explicit.  Nobody except scholars want to read those.  However, to my dismay and horror, I have just learned about Lovecraft's vile 1912 poem: On the Creation of N***s.  This was written when he was 22 years old, old enough to know better, and it's really no more than a few lines of doggerel.  While most of Lovecraft's work will be forever anthologized and collected and remain in print--this poem will also survive for an entirely different reason, and will likely never be included in any print publication.

If we are to take the poem at face value, we are to be assured of Lovecraft's explicit racism; not only does he call people of color subhuman, he suggested that they are evil incarnate.

At this point two other vile screeds come to mind: Richard Wagner's "Jews in Music" and Orson Scott Card's "The Hypocrites of Homosexuality."*  Both of which deny full humanity to the subjects in their titles.  My sympathies to those of Judaic heritage and faith who cannot and will not subject themselves to Wagner's operas.  Likewise, I fully understand gay people who will never, ever, purchase another work by Orson Scott Card. And I ask myself, would I ever accept an award named after Orson Scott Card?  And my answer is a definite no.  So my sympathies have extended to those of color who cannot abide the thought of being honored with a bust of HPL.  Since I will never likely win that award, I have no oar in these waters.  I believe that the bust should be replaced by something non-human. It can therefore avoid tokenism, which the Butler choice would surely indicate, and avoid enraging old white guys like me, who chafe at being accused of holding views by dint of racial association, which we do not, and would never, have.

*Lovecraft's poem is more egregious than these examples, as he used his art to fulminate his rancid views on race--neither Wagner nor Card are primarily essayists.  But Lovecraft was a poet who perverted his artistic sensibility to further an evil intent.

An award more importantly acknowledges the work of the living, Honoring dead, past masters should be secondary. Lovecraft's work is in no danger of ever being out of print, or ceasing to influence future generations of fantasists.  Let us preserve the sensibilities of all involved, and move past this.
Posted by Michael Hacker at 1:08 PM No comments:

Recently completed The Black Dahlia Avenger by Steve Hodel, narrated by Kevin Pierce.  The book was extremely well written and edited.  And very well narrated.  His case for George Hodel as the murderer of Betty Short, the Black Dahlia, is meticulous and compelling.  It is also persuasive.  The introduction is particularly essential.  In it Steve describes his relationship with his father, which was distant, but cordial, and seemingly free of any deep seated animosity, but redolent of a 19th Century relationship--very not close emotionally.  More like a soldier addressing his commanding officer.  They professed love, but I really detected more of a mutual respect for one another's existence.  Not quite familial love, not in the way I define it.  However, it is meant to put the remainder of the book into this context--Steve had no axe to grind with his father when he began investigating his father's involvement in the Black Dahlia slaying; which did not commence until after his father's death.
Steve Hodel is a former LA PD homicide detective and so he has the chops when it comes to homicide investigation.  He begins with the known facts of the case; timings, locations, witnesses to Betty Short's final weeks of life.  Then he begins to extrapolate the evidence, and connect events
Posted by Michael Hacker at 5:50 PM No comments:

Back when I was a kid, my parents shamed me about running away from conflict--"Don't you have any PRIDE?"  I'll never forget that lacerating sarcasm from dear old mom.  Now that I've learned that lesson thoroughly, and take no crap from ANYONE, I'm told I'm too aggressive, that I should be more tolerant and/or don't burn bridges.  What gives?  Isn't shame a perfectly good teacher?
Posted by Michael Hacker at 9:56 AM No comments:

http://www.businessweek.com/articles/2014-06-10/with-eric-cantors-loss-the-republican-civil-war-is-about-to-explode
Posted by Michael Hacker at 10:38 AM No comments:

Yesterday, May 2, 2014, was the 3rd anniversary of Osama Bin Laden's execution by Navy Seal.  And nothing much happened...  No missing Malaysian plane carrying a dirty nuke reappeared to explode anywhere.
Posted by Michael Hacker at 4:26 PM No comments:

April 30th: a.k.a. Walpurgisnacht: Walpurgis Night (in German folklore) the night of 30 April (May Day's eve), when witches meet on the Brocken mountain and hold revels with their gods...

So, have a bonfire and dance naked in celebration. 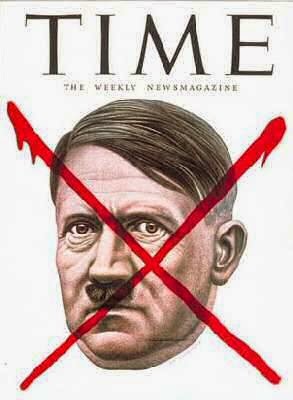 Posted by Michael Hacker at 12:12 PM No comments:

Where to find my stories...

Welcome to Blank Space. In art, blank space is negative space. In writing, blank space exists between the lines of printed text (the black space). It is the unique perspective that a reader brings to the work; what the reader experiences in a work of fiction that may not be set down explicitly on the page. A work containing blank space has no overlong exposition, backstory or explanation. It is simple, direct and active.

Michael Hacker
Michael Hacker writes fiction, is a former stage actor and director, is interested in all forms of storytelling both character and plot-driven, loves to discuss philosophy, ethics and psychology, and criminal psychopathology. He is interested in crime and the legal system. He loves computers, but as an end-user. Mike's overall philosphy is stoic acceptance that mixes Christianity with the philosophy of Epictetus.